Aerobask - Robin DR401 CDI 155 Freeware For X-Plane. Aerobask has released a freeware Robin DR401 aircraft as a thank you to the X-Plane community. It features a G1000 glass cockpit and FMOD sounds. It's also fully compatible with VR. The Robin DR401 CDI 155 is a wooden sport monoplane, conceived by Robin. DR401 - 155CDI The opinion of Robin Aircraft 155CDI is the best option you have if you wish to use your plane for all types of missions: mountain, traveling, training and towing. Unbeatable, equipped with a turbo offering unparalleled performances at high altitude (93% of its 155hp at 10.000ft vs. Only 65% for a Lycoming 180hp). Freeware Release: Robin DR401 CDI 155 by Aerobask Developers start their careers all wide-eyed and excited, the sheer complexity and the demands of creating a quality product are usually far away into the future, this is the 'I am going to do this!'

This is something to remember, everybody! It's an understood fact that most X-Plane developers have a close relationship with their community, but this is really special. Aerobask, who make fantastic aircraft for X-Plane, have released a freeware DR401 Robin for X-Plane 11! You can download the aircraft at the org, right here.

For more information about the aircraft that Aerobask make, see our review of their Diamond DA62! I believe that you're probably anxious to stop reading and start flying this beautiful airplane, so get to it!

The Robin DR400 is a wooden sport monoplane, conceived by Pierre Robin and Jean Délémontez. The Robin DR400 first flew in 1972 and is still in production. The current model is designated 'DR401'. It has a tricycle undercarriage, and can carry four people. The DR400 has a 'cranked wing' configuration, with the dihedral angle of the outer wing much greater than the inboard, a configuration which they share with Jodel aircraft. This model is considered easy to fly by many[weasel words] and quiet during flight due to its wooden frame.

The wing is a distinctive feature of the Robin DR400, and is what immediately separates this aircraft visually from other similar light aircraft. It is a derivative of the earlier Jodel designs, is light, stiff and strong, with the dihedral of the outer panels imparting substantial lateral stability in flight. Being fabric covered, it presents a smooth surface to aid airflow, unhindered by the typical overlapping panels or rivets found on metal aircraft.

The secret to the DR400's relatively high performance lies in the pronounced washout in the outer panels. Since they have a lower angle of attack to the airflow than the centre section, they create less drag in cruise flight. This characteristic also imbues rather benign stall behavior and the DR400 consequently does not suffer from the need to install retro-fixes like leading edge stall strips. 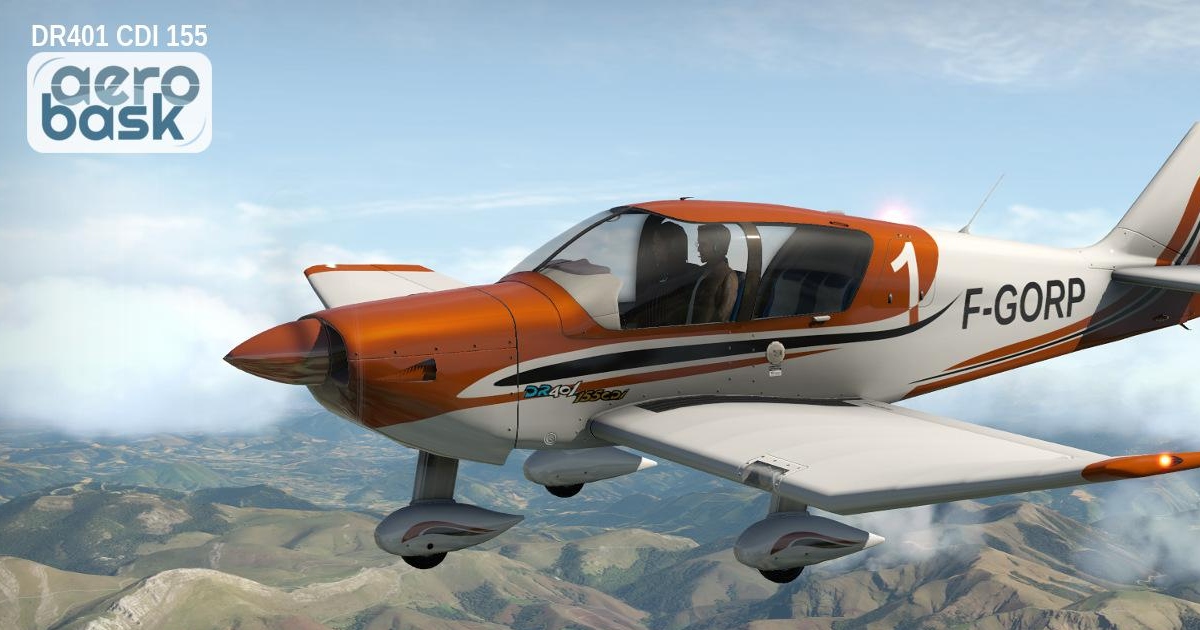 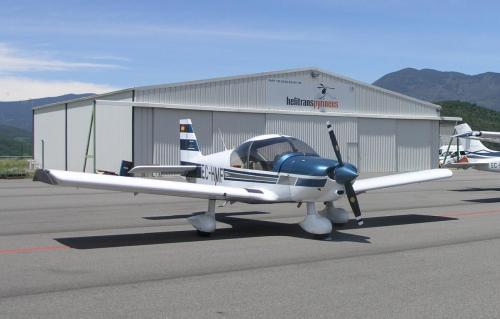