About a month ago I bought myself a refurbished black MacBook from the Apple Online Store. Apart from a slight mark on the screen which isn’t noticeable in use it was in fantastic condition. I’ve been using it for the past month without any problems, and it’s been a fabulous machine.

Until Saturday. On Saturday evening, the machine suddenly shutdown. No error message, no kernel panic, it just turned itself off. Hmmmmm… I turned it back on and about 30 minutes later it shutdown again.

Turning to the web I found that I’m not alone. From what I’ve read this problem has been around for a while, and tends to occur when the machine is about a month old, though some people have suffered the problem within days of purchase.

It would appear that the problem is caused by an automatic CPU shutdown due to overheating. I can reproduce the problem by heavily loading both cores by entering “yes > /dev/null &” a couple of times in Terminal and waiting a minute.

Restart your MacBook. On a Mac desktop: Shut down the Mac. Press the power button for 5 seconds. Plug the Mac back in. Turn on your Mac. Run Disk Utility in Recovery Mode.

The problem happens on battery or main power, it will even happen while running the extended Hardware Diagnostic from the installation DVD, which shows that it’s not an OS or other software problem.

The problem has got worse since Saturday, yesterday the machine shutdown 15 times. I’ve reset the PRAM (power on with Option-Cmd-P-R held down until the machine has chimed 3 or 4 times), reset the PMU (unplug, remove battery, hold power button down for 15 seconds), re-seated the RAM and none of them have helped.

The machine has had the SMC Firmware applied which fixes the fan “mooing” but it didn’t help with this problem. 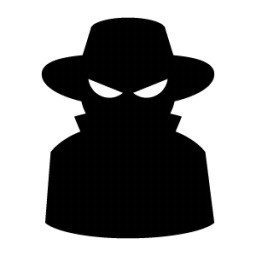 This morning I called Apple technical Support and after explaining the tests I’d tried etc, the guy agreed that the machine needed a repair. Unfortunately their ticketing system was down so he couldn’t arrange it and I’d have to call back, but he did give me an “Offline” call reference. I called back a few hours later but the young lady who I spoke to could find no information about my previous call and the call reference couldn’t be found. So I went through the whole explanation again. She again agreed that the machine needs a repair and I was put through to a product specialist to arrange the Mail-In repair.

They’re sending a box for the machine which should reach me tomorrow.

From what I’ve read the repair tends to be either a Main Logic Board replacement which sometimes works, or a replacement of both the heat-sink and something called a “lollipop”. My machine is a “Week 21” machine (5th and 6th digits of serial number), but the problem has been reported for most manufacture weeks.

To give some idea of the scale of the problem, here’s a small sample of the articles relating to this problem:-

There are loads more reports, and the comments on some of the articles indicate that there are hundreds, if not thousands, of people suffering from this problem.