Conspiracy theorists believe that the Illuminati run the world, controlling governments and corporations, leading it all towards the New World Order. This is where we carry on with the second part. According to them, One World Religion and One World Government funded and driven by the so-called esoteric minority power elite, the so-called Illuminati, spell this New World Order of the. Cyber Sanctuary of the Ancient Illuminated Seers of Bavaria. Order of The Illuminati “The Illuminati is one of the world’s oldest and largest non-religious, non-political organisation. It teaches self-knowledge through participation in a progression of ceremonies. Members are expected to be of high moral standing.

On May 1, 1776, an organization known as The Order of the Illuminati was established in Ingolstadt, Upper Bavaria, founded by German philosopher Johann Adam Weishaupt (1748-1830). Calling himself “Brother Spartacus,” Weishaupt sought to create a secret society with the express intention of doing good works. Not to be confused with the mythical and often fictional “Illuminati” that according to urban legend “really” run the world from behind the scenes, Weishaupt’s group was quite real and not so powerful or diabolical as the colloquial understanding of the term. Part of their agenda was to oppose superstition, including religion and its influence over society and science. Its goals included truth and opposition to oppressive powers of the state.

The organization founded by Weishaupt was destined to be short lived. Weishaupt had alarmed authorities with his radical thinking and was deemed to be seditious by the Elector of Bavaria, Karl Theodor(e), as well as the Catholic Church, and was ordered disbanded. In fact, Weishaupt also lost his position at the University of Ingolstadt and was compelled to flee Bavaria to avoid prosecution. Although Weishaupt wrote several books, including expressly about his ideas regarding the Illuminati, he achieved no lasting philosophical or social legacy, other than merely the name of organization that lived on in so many real and fictional iterations. Weishaupt did leave a wife (second) and 6 surviving children when he died at the age of 82 in 1830.

Since the demise of the Order of the Illuminati, many organizations have coopted the name for their own version of a secret society, and though some of these organizations claim to be the lineal heir to the Illuminati name and organization, no such connection is known. Both the real organizations claiming to be “Illuminati” (enlightened people that know more than the average Joe) and the fictitious and legendary ones are often labeled as some sort of sinister behind the scenes force of the super-rich and powerful people either actually running the world as a shadow world government or trying to achieve that status. One such organization claiming the title of Illuminati has a pretty nifty website, linked here. Books, movies and other fiction love to play on this urban legend. (Movies, books including novels and alleged true reporting, comics, video games, television and other media all get in on the Illuminati train.) Conspiracy theorists also love to blame all sorts of things and plots on this alleged Illuminati organization, including the imposition of the dreaded “New World Order” on mankind. The internet is positively teeming with articles about the NWO, both factual reporting and conspiracy theories. Sometimes the Illuminati are racists, and other times they are portrayed as having some sort of race mixing agenda. Various religious ties or atheism is also often attributed to the Illuminati.

One of the more sinister lines of conspiracy theories about the Illuminati is that this shadowy organization will gladly kill off any person deemed to be a threat to the organization or to the establishment of the desired New World Order. Some of the alleged victims of the Illuminati include Michael Jackson, John F. Kennedy, John Lennon, Abraham Lincoln, Kurt Cobain and a host of other political and entertainment celebrities, all allegedly representing a threat to the secrecy or plans of the Illuminati. Tupac, Elvis, Lee Harvey Oswald, Princess Grace, Marilyn Monroe, nobody seems to be safe from this diabolical organization worthy of being a foe of James Bond!

To answer the title question, the Illuminati are real, or at least they once were, and in some form still are. Question for students (and subscribers): Are they real in the conspiracy theory sense, as an all seeing, all powerful consortium of secretly plotting the course of history? You tell us in the comments section below this article.

If you liked this article and would like to receive notification of new articles, please feel welcome to subscribe to History and Headlines by liking us on Facebookand becoming one of our patrons!

Your readership is much appreciated!

Baker, CD. Siege of Eden: The Rise of The Illuminati. Independently published, 2019. 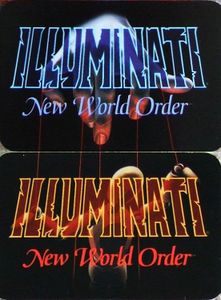 Cirucci, Johnny. Illuminati Unmasked: Everything you need to know about the “New World Order” and how we will beat it. Amazon, 2015.

The featured image in this article, an image of Adam Weishaupt (1748–1830), founder of the Bavarian Illuminati, is in the public domain in its country of origin and other countries and areas where the copyright term is the author’s life plus 70 years or fewer.