Saying that Call of Duty: Warzone has a cheating problem would be an understatement, as the game has proven to be a haven for hackers and glitchers over recent months. Despite Activision and Infinity Ward doing all they can to stop the cheaters, thousands of players and streamers like festation have continued to use hacks within Warzone.

Warzone recently saw an upsurge in hackers ahead of the Haunting of Verdansk update, an issue that has made the experience of players trying to enjoy the game normally a nightmare. While Leatherface and Jigsaw are certainly scary, currently there is no bigger horror for Warzone fans than facing off with an aimbotter. Festation, a Warzone Twitch streamer, is one of many players who rely on the hacks to find success.

Festation, like other cheating Warzone streamers, used the hacks in front of a live audience. The Twitch chat was quick to flame the player, with one Twitter user named Kayla even replying to a random TimTheTatman tweet in hopes that more CoD fans would see the cheater and help get him banned. Despite all the cheating, however, an airstrike eventually killed the streamer and led to even more hostility from his chat room.

Activision is banning players that use EngineOwning cheats, and the company has even sued a popular hacking website, but sadly the problem remains prevalent in all versions of Warzone due to crossplay being unlocked for PC. With the issue being so common, it is nice to see cheaters fail and get overwhelmed by the chat’s negativity, something that clearly happened to festation. Frustrated by the overwhelming hate in chat and on social media, festation attempted to move on from Call of Duty: Warzone. 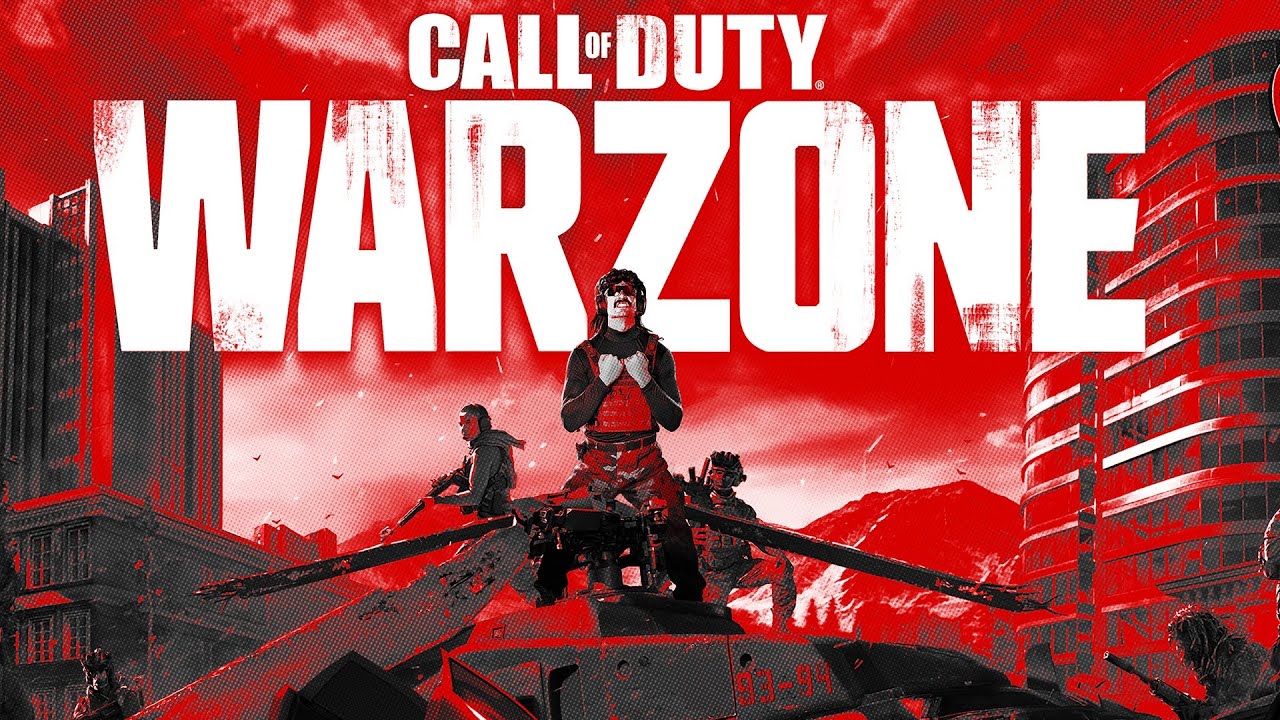 The shamed Warzone cheater, arguing with chat, claimed they were amazing at Black Ops 4 and could beat anyone in a 1v1. Not only did chat find this unlikely given the need for hacks in another CoD, but when festation attempted to delete the clips of the cheating, players were quick to record them and spread the gameplay across the internet. With clips and screenshots all around the internet, the supposedly skilled Black Ops 4 player became known everywhere as another cheating Warzone streamer. Beyond that, his Twitch channel was suspended for the use of the hacks. 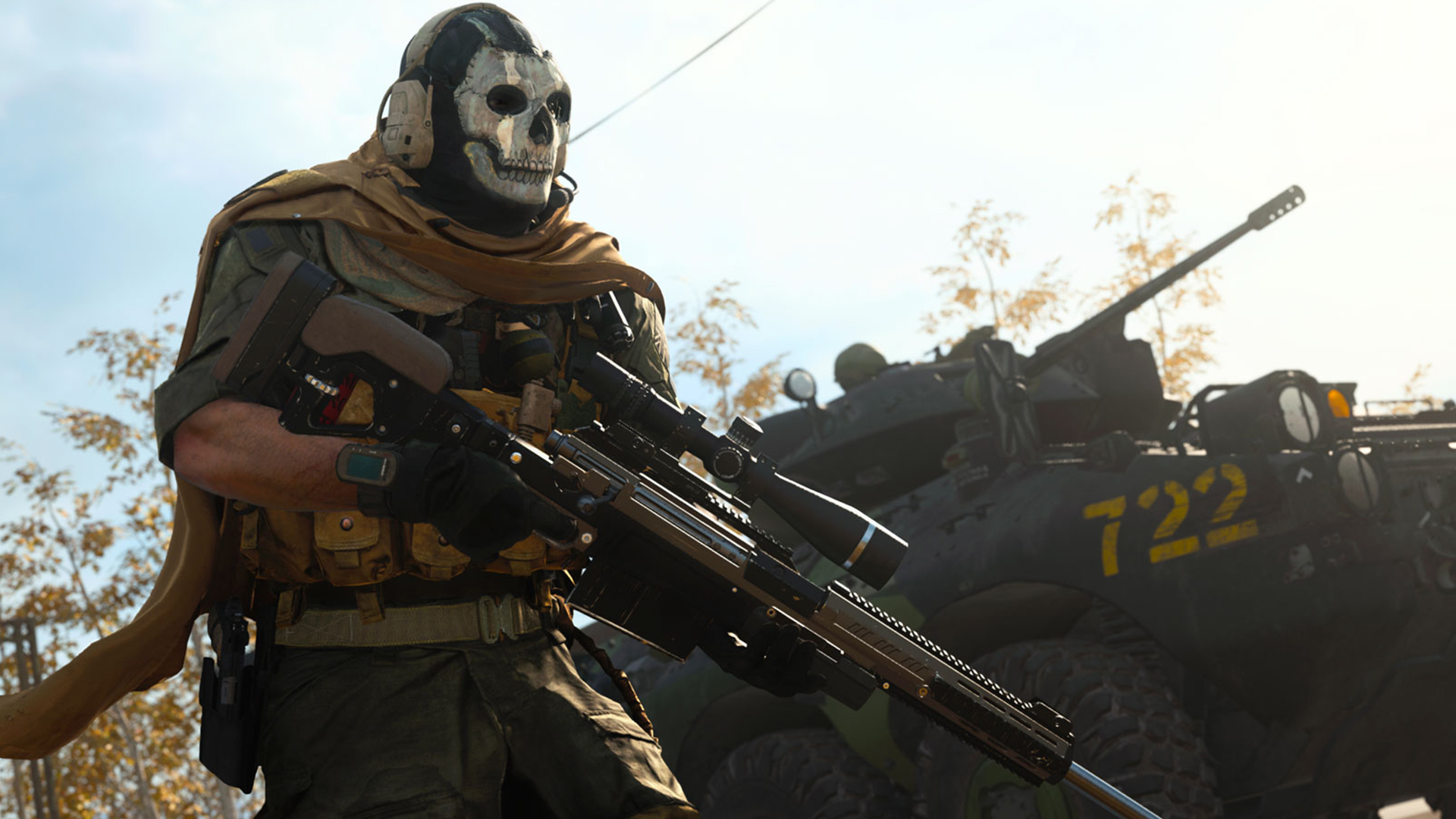 While few stories regarding Warzone cheaters have a happy ending, it is nice to see players take down festation and expose the cheating to the world. With one less hacker to deal with in Verdansk, enjoying Warzone’s Zombie Royale mode and other Halloween content should be just a little bit easier.

Call of Duty: Warzoneis out now for PC, PS4, and Xbox One.

The Witcher: Monster Slayer Reveals Gameplay
About The Author© Twitch/Activision/Frito-Lay 'Call of Duty: Warzone' player METZY was disqualified for cheating in the $250,000 Twitch Rivals Doritos Bowl, but it looks like his play may have been fair. Tommey has since recanted his suspicion. 'Call of Duty: Warzone' is available on PS4, Xbox One and PC.

Call of Duty: Warzone hosted the Twitch Rivals $250,000 Doritos Bowl on Thursday afternoon, and, while most of the tournament action went off without a hitch, discussion about the private-lobby competition has been overshadowed by cheating allegations. Streamer METZY_B and his team opened the first few matches performing quite well, but fortune changed for them after game four of the five-game bout.

The following tweet was posted by the Twitch Rivals official account late Thursday evening. 'During the Twitch Rivals: Doritos Bowl ft. Call of Duty Warzone Final, Metzy_B was ruled to be cheating. As a result his team was removed from the event,' the message reads. 'We take Twitch Rivals Player Conduct extremely seriously. We will continue to investigate any allegations of cheating.'

Shoutcasters for the event added to the statement, suggesting his gameplay was 'unnatural beyond a reasonable doubt,' implying the participant had been using some sort of aimbot to accrue easy eliminations.

During the Twitch Rivals: Doritos Bowl ft. Call of Duty Warzone Final, Metzy_B was ruled to be cheating. As a result his team was removed from the event.

We take Twitch Rivals Player Conduct extremely seriously. We will continue to investigate any allegations of cheating.

In the hour immediately after the tournament, METZY went quiet. Then, he tried to convince his viewers and teammates on Twitch that he had not been involved in any illicit action. However, he bungled his sense of credibility by apparently not knowing how to perform simple actions that could have helped exonerate him, such as showing his web browser history. While not METZY's only accuser, perhaps his biggest detractor was fellow Twitch streamer and competitor 100T Tommey, who shared multiple clips like the ones below, which show METZY racking up points with a high level of precision after the ruling had been made. Tommey was perhaps one of the loudest voices in the campaign against METZY and other suspected Warzone cheaters, but he's since come to the player's defense after METZY apparently allowed him remote access to check his PC for himself. METZY also claims that he offered Twitch the same opportunity, to affirm its position, and says that Twitch officials declined to do so.

However, Tommey did suggest he was not at all responsible for the initial disqualification decision, adding, 'near every damn streamer in Rivals called him a cheater. Not only that, Twitch DQ'd him. I was not part in either of those, only until after, which I apologize for,' the competitor clarified. As a show of good faith, Tommey has offered to give METZY his winnings for the tournament.

Tommey is also not the first streamer to support METZY, as battle royale pro aydan also apparently had an opportunity to remote into the streamer's computer and reached the same conclusion. Similar sentiments were expressed by qualified pro MLG Yungstaz who said on Twitter, 'Not doing anything for [clout], I don't care about any of that, just defending people getting bullied and potential stream careers ruined because [of] someone'[s] opinion. NOT CHEATING NOR ARE THE CLIPS SUS.'

Even though the dust has been somewhat settled, the METZY_B cheating debacle raises multiple questions about the competitive integrity of Warzone for tournaments with large cash prizes. After all, the game infamously doesn't have any in-house anti-cheat software that would have been able to flag most instances of aimbot use without question.

As popular battle royale streamer Nickmercs put it on Twitter on Thursday evening, 'Unfortunately without anti-cheat, authentic Warzone tournaments just aren't possible anymore. We learned a lot from those gauntlets, and I've been tellin' y'all... There's too much cheese and way too many rats.'

Unfortunately without anti-cheat, authentic Warzone tournaments just aren’t possible anymore. We learned a lot from those Gauntlets & I’ve been tellin’ y’all.. There’s too much cheese & way too many rats. Bob & weave baby.

Without the proper software to serve as an arbiter in matters like this, Twitch was forced to analyze video clips and talk to other competitors to make a very critical decision. At least in this particular instance, that process appears to be imperfect at best and certainly not capable of making determinations 'beyond a reasonable doubt.' At the time of this article's publication, Twitch has not publicly responded to the situation on its main Twitch, Twitch Rivals or Twitch Esports Twitter accounts.

This Twitch Rivals cheating mess arrives amid a very interesting few weeks for Warzone, with regard to all manners of competitive integrity. The game's developers at Raven Software were recently forced to patch out exploits that allowed players to use unlimited stim packs and enter easy bot-filled lobbies to artificially increase their rank. This particular tournament was noteworthy in that it was one of the first to pilot Raven's implementation of private lobbies that allow all streamers to compete together, but the lack of anti-cheat meant everything else faltered.

Call of Duty: Warzone is available now on PS4, Xbox One and PC.

What are your thoughts on this Warzone cheating debate? What can be done to prevent issues like this in the future? Tell us in the comments section!