X-Plane 11.40 is Final Posted November 9, 2019 X-Plane 11.40 is now final! You will be prompted to update to X-Plane 11.40 when you start X-Plane; Steam users will. Go to austinmeyer.com for install details the installer will say 11.40b1 and this is normal since this is the first public beta. If you live in the usa and n.

In a video published today by Michael Brown of Laminar Research starring himself and Austin Meyer, details on what X-Plane 11.40 is to include were shown.

X-Plane 11.40 is to exclusively feature flight model improvements, from the much-needed based on user feedback to lesser-known effects.

The full video can be watched in full below. It is almost 45 minutes long, but if you'd rather read it in person, scroll down a bit further. 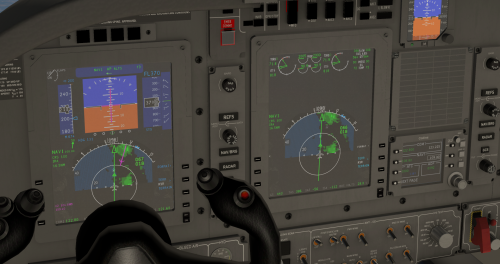 He is, however, accepting a limited number of applications from members of the public for alpha testing for people who watch the video, details of which were stated in the first part of the video.

11.40 is all about the flight model. Since its inception, Austin has continuously built upon the Blade Element Theory of X-Plane to make the handling of the aircraft as realistic as possible.

In today's video, he went through nine key areas of the flight model that will be addressed in X-Plane 11.40, as displayed on the whiteboard behind him. He also made further comments about the recently-announced Microsoft Flight Simulator, before going off on a tangent about the car manufacturer Tesla.

Starting with the top-left, Austin noted how the exhaust thrust can contribute a significant proportion of a plane's propulsion. For a Pratt & Whitney PT6, this was said to be as much as 10%. X-Plane 11.40 will be able to incorporate the exhaust propulsion through Plane Maker.

Also detailed was the wake turbulence. Already implemented, Austin has built upon it in 11.40 to leave 'little breadcrumbs' that can move with the wind. Each wingtip will now produce turbulence individually and can be viewed using the view flight model feature, through Ctrl and M or Cmd + M, depending on the operating system.

Next up is the change in the angle of air velocity. It concerns being able to track the velocity of a prop and finding the force as a result of the velocity.

11.40 will do a better job of having the propwash move away from the propeller mostly perpendicularly but tilt back over time and space and have the air move more with the local airflow as indicated by the arrows.

It applies to VTOLs as shown, but taildraggers will also benefit considerably from this, particularly during takeoff and landing, as the air moves with the wind behind the propeller.

A propeller will not only move air backwards but also in a spiral due to drag.

In 11.40, Austin wanted to know “how much does the propeller drag the air around in a spiral?” and listed three ways of calculating this:

He said this matters because the prop wash will hit the horizontal stabiliser.

The fourth point was the phenomenon of wash across a propeller disc. Air at the back of a disc relative to the direction of travel has had more time to accelerate over the whole disc, and is where the velocity of the air passing through the blades is the greatest, as shown by the lines closer together in the diagram.

Moreover, Austin said he tested this on Beta Technologies' Ava he is helping with, an eVTOL: as it sped up going forwards, it started to tilt back. Analysis of the data revealed a very close result with his original prediction.

On the right of the whiteboard, is delayed wash. This is simply the time it takes for air leaving the main wing to hit the tail wings, and results in an increasing tendency to pitch upwards as a result.

Whilst X-Plane has been able to simulate downwash, resulting in the opposing force of lift from the main wing, on the tail wings, it has never taken into consideration the time it takes.

11.40 now approximately works out this delay based on airspeed and the change in pitch per unit time that air moves from the main wing to the rear wings. Austin noted it would be too taxing on performance to simulate airflow more realistically to calculate a more exact time.

As shown on the right, end-plates/wingtip devices were also talked about. Specifically, Austin explained how they work, and why they matter in flight.

What changes in 11.40 is the fact that the T-tail of an aircraft has been treated as a massive end-plate all this time, but this is no longer the case in the new update. Now, the vertical tail component of an empennage is no longer being treated as an end-plate and was described as more of a bug fix.

Next in his flight model improvements, is the area rule. He described the phenomenon that at supersonic speeds, air is compressed in front of the leading edge of a wing that induces drag. But by thinning the fuselage at the root of a wing, air is allowed to flow near the fuselage and ease the pressure at the front of the wing.

The benefit of this is that as the area of the wing is made larger, the cross-sectional area of the aircraft doesn't change, therefore reducing drag.

The area rule has been improved in 11.40 and can be defined in Plane Maker.

The last but one item is sea wave shape. Up until now, X-Plane has modelled sea waves as a sine curve, but the reality is that the peaks are usually much sharper.

Thus, Austin says that the peaks contain less water volume, making physics on water smoother and less harmonic. “[A] seaplane should handle a decent bit nicer on the waves.”

Finally, the change in the coefficient of lift of a wing is to change due to the changing angle of an aileron. This is based on an average number of NACA teach reports Austin used.
Following on from detailing the flight model, Austin briefly discussed Microsoft Flight Simulator. He said he has a gut feeling it will be 'amazing.'

But he mentioned that it will have no impact on him, like how X-Plane was able to coexist with other Microsoft flight simulators since 1995. He said X-Plane was originally based on the mathematics and physics behind the flight model, and that is how it will continue going forward. 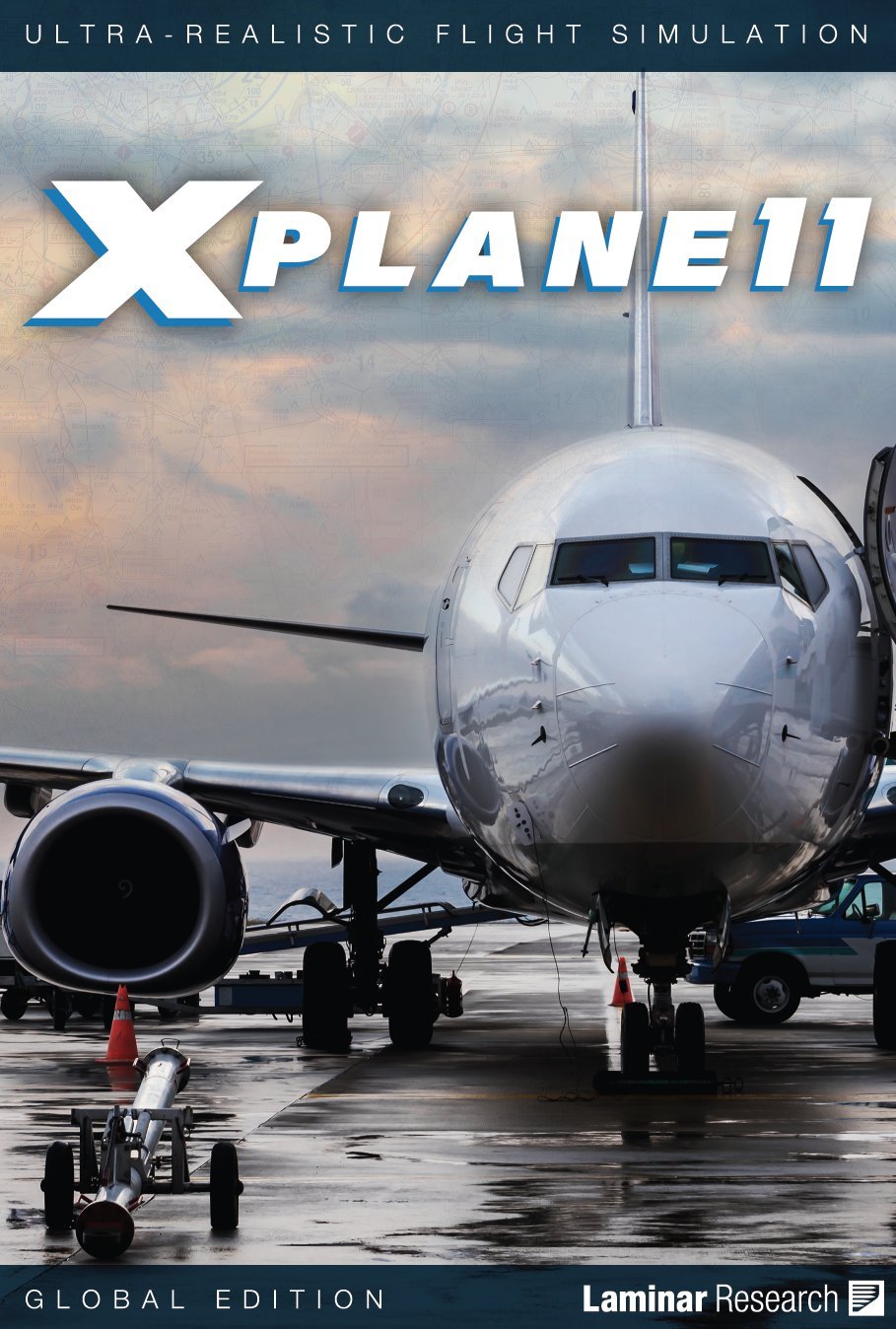 Austin expects there to be no further major changes to the flight model, only minor ones. These will all be available only with the experimental flight model box checked in settings.

Finally, at 38:23, Austin spoke unrelatedly about how great Tesla is, but highlighted a key problem with the oil industry and car dealerships in South Carolina.

X-Plane 11.36 is expected to go live very soon with a couple of very minor tweaks to the simulator.
Thank to long-time user Junglist in our Discord server. You can join here. 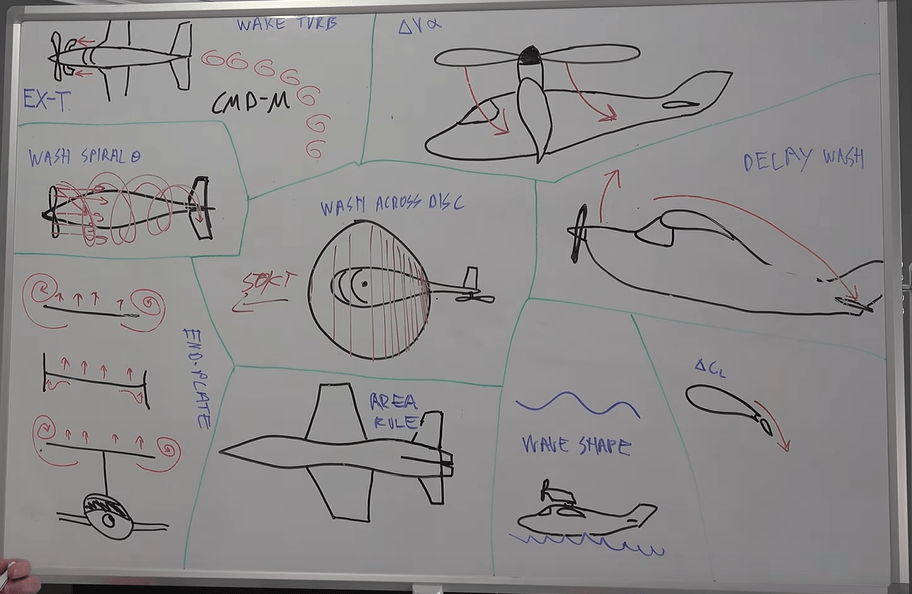 The next large update to Laminar Research's X-Plane is upon us, with the release of 11.40. While not quite as big as 11.30, today's update brings with it many behind the scenes changes - namely to the flight model.

This is due to creator Austin Meyer's added experience with real-world planes following flight testing of his own plane: Ava, an aircraft modelled almost entirely in X-Plane's Plane Maker. To learn more about Ava, check out an article spotlight on the VTOL craft.

11.40 began it's public beta life in early September, and has since seen 10 incremental versions up until 11.40r2, which dropped today.

The changelog for this update is extensive - it's available in list form below.

To update, simply re-run the X-Plane 11 Installer. For Steam users, the application will auto-update for you.

The Laminar team recently presented at Flight Sim Show 2019, which took place at RAF Cosford. To see our full recap from the presentation, check out our article here.